The fastest mammal on Earth, the Cheetah leaves behind automobiles when it comes to acceleration. Cheetahs can pick up a speed of almost 60 miles within 3 seconds…yes you heard it right, only a few automobiles run faster than the cheetah. Not just that these wild cats are fiercely quick, they can make quick turns without having much effect on their speed. Having an average life span of about 12 years, Cheetahs are extremely sensitive. Only a few can match their eyesight and sensing abilities. Scanning grassland environment and benefitting from stealthy movement as well as its spotty skin, Cheetahs hunt their prey in the daylight. The long-legged, slender Cheetahs use their tail to help them turn in the desired direction as if it were a rudder of a boat. 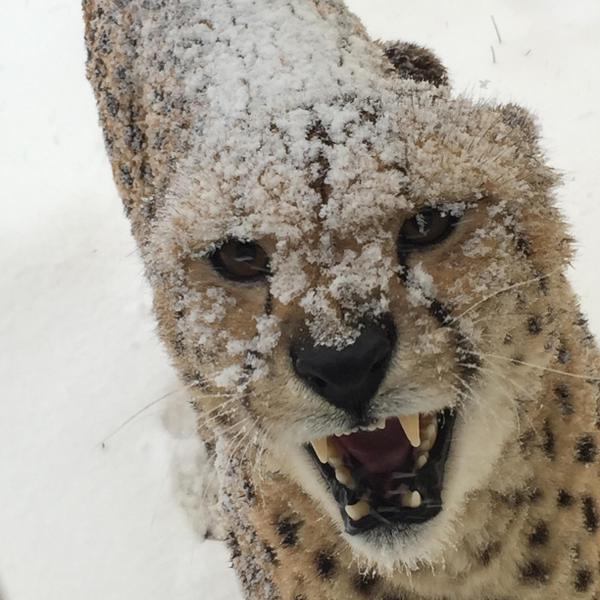 "Go ahead. Throw another one at me!"

What’s interesting is that Cheetahs feel the need to drink only once in 3-4 days. Cheetahs hunt down their quarry within a minute in most of the cases. The point of worry here is the declining number of wild cats. Found mostly in Africa, Cheetahs are vulnerable to human settlers, leading to extinction of this amazing animal. In 1900 there were around 100,000 cheetahs around the world. Only about 8000-10,000 of wild cheetahs are left wandering the wild. An interesting fact about Cheetahs is that they cannot roar: they only purr or growl while they inhale or exhale.

Where ferocious describes Leopards, shrewd defines Lions, Cheetahs are best described as swift, graceful and elegant. A truly wonderful species of cats, Cheetahs are on the verge of extinction owing to a number of threats. Habitat loss due to human activities and encroachment is a major reason behind the declining numbers. Loss of habitat not just makes them homeless, those who survive face the trouble of ‘decline in prey’.

Staggering stats of cub mortality due to a number of reasons, are contributing to its endangerment. Predators like hyenas and lions have fierce competition with Cheetahs, also abnormalities due to genetic inbreeding have been the major sources which are playing a pivotal role in its extinction. The planet saw these wild cats for the first time about 4 million years ago, which makes them the oldest wild cat among all. However, lack of care from humans is making it difficult for them to survive.

It is a need of hour to take essential steps to prevent this species from getting endangered. Governments and individuals must do everything possible at their disposal to give them a chance to survive.